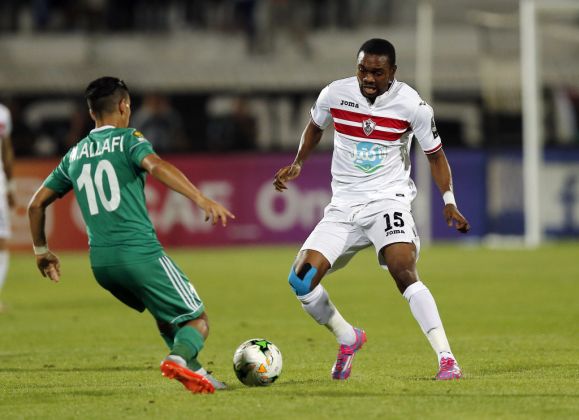 Super Eagles coach Gernot Rohr shocked Nigeria football fans on Wednesday when he unveiled the squad to face South Africa and there was a strange name, Maroof Youssef from Zamalek FC. AOIfootball.com’s Abiola Shodiya tells us more about the new boy.

Here are seven facts you may not know about Zamalek’s Maroof Youssef who plays as a midfielder for the Egyptian side but has been listed as a defender in the list of invited players for the game against South Africa.

1. He played for Kwara United in the NPFL under coach Kadiri Ikhana and started as a defender.

2. He moved from Kwara United Feeders Team before getting promoted to the main team.

3. He attended Government Secondary School, Ilorin and was nicknamed ‘Ewa’ alongside a guy also known as’ Kanu.’

4. He did not move straight to Zamalek as being reported.

Before moving to Zamalek, he had played for Egyptian second division side called Ittihad El-Shorta where he played for 3 years till July 1, 2014 when he signed for Zamalek.

5. His main position is central midfield but he is also comfortable playing on the left side of the field.

6. He has some powerful shots in his left leg and can also score free kicks.

7. He has a Burkina Faso lineage which explains why his name is spelt Maroof Youssef and not the typical Nigerian way.