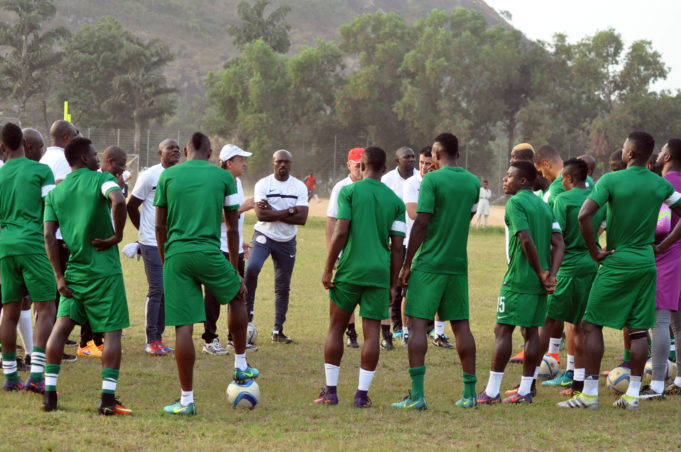 The Super Eagles of Nigeria were to strong for the Hawks of Togo, as they were thumped 3-0 in an international friendly at the Stade Municipal de Saint leu la Foret in Paris. The game kicked off at exactly 6:00pm Nigerian time with the Hawks getting the game underway.

Nigeria took an early lead in the 3rd minute. Togo’s goalkeeper, Alassani spilled Iwobi’s cross along Musa’s path and the Leicester City forward slotted in beautifully to put the Eagles one goal up.

In the 17th minute, Musa got his brace of the encounter after yet another assist from Arsenal midfielder, Alex Iwobi.

The Eagles tripled their lead 10 minutes later courtesy of a Kelechi Iheanacho tap-in after a beautifully laid pass from midfielder Oghenekaro Etebo.

The second half kickstarted with a double-substitution for Nigeria. Musa and Abdullahi were replaced by Osimhen and Ebuehi.

Togolese midfielder, Atchou got the first booking of the game for a reckless charge on Mikel Agu in the 51st minute of the encounter.

The Super Eagles kept building up pressure which resulted in another caution for Togo, this time for Atakora’s tackle on Osimhen, who was causing a lot of trouble for the Togolese defence.

Nigeria made another double substitution, taking out Etebo and Ndidi and allowing Agbo and Onyekuru to have their own bite of the cake.

A triple substitution followed suite in the 70th minute as Iwobi, Iheanacho and goalkeeper, Ezenwa gave way for Olanrewaju, Olatunbosun and Alampasu, respectively.

The Eagles, which played a 1-1 draw against the senior national team of Corsica last Friday, will on June 2nd depart Paris for Abuja where they are expected to train for a few days before leaving for Uyo for the all-important AFCON qualifier against the Bafana Bafana of South Africa.

The match is slated for June 10 at the Godswill Akpabio International Stadium, Uyo. 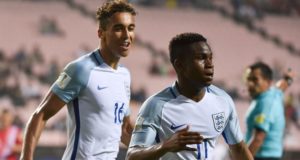