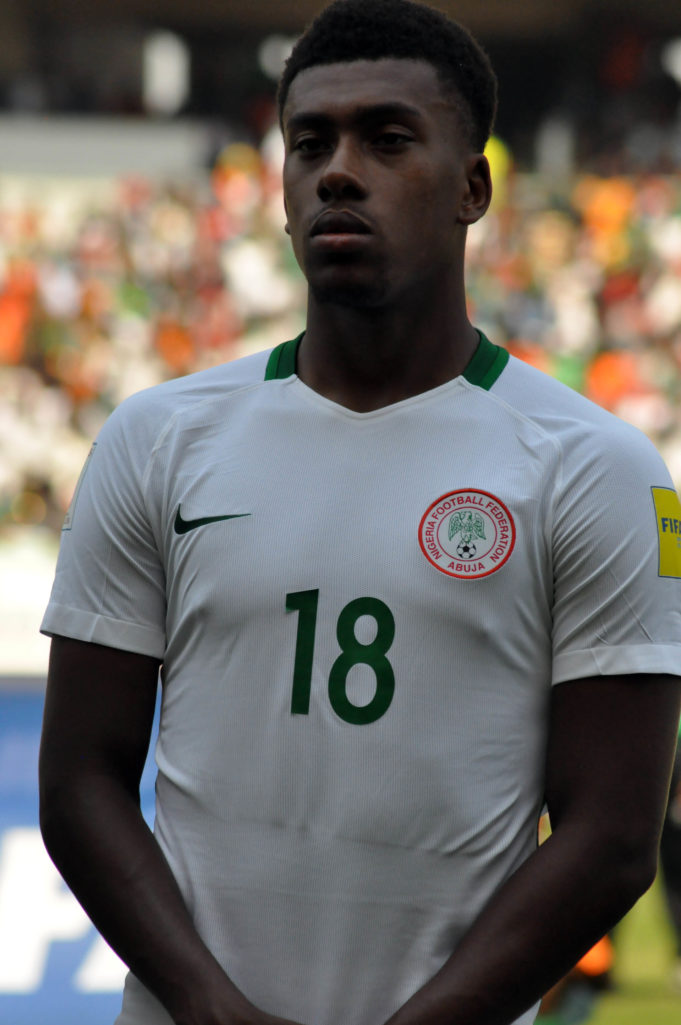 After picking a draw and one win in the friendlies against Corsica and Togo respectively, the Super Eagles are buzzing with optimism as they approach the AFCON qualifying match against South Africa next weekend.

Some of the players took to their social media accounts to express their delight.

Arsenal forward, Alex Iwobi who was on parade and also got two assists in the encounter against Togo wrote on his Instagram account “Delighted with the win today, team put in a good performance. Happy to contribute with 2 assists 🤙🏾🇳🇬 #SuperEagles”. The forward has hit London for a few days and is expected to join the Eagles later in Nigeria.

Man City forward Kelechi Iheanacho who got the lone goal for the Eagles against Corsica and also got the third goal in the tie against Togo was also full of joy as he wrote on his Instagram account ” Starting the month with a win, great performance from the young #supereagles we keep working hard to get better #SoarSuperEagles #Ki72

Newly wedded Ahmed Musa and 10th all time goals scorer for the Eagles after getting a brace against Togo took his tally from 11 to 13. He showed his happiness via Instagram with this post: ” Good to start the new month with goals and winning, good game guys.

William Troost-Ekong wrote “Great 3:0 win tonight against Togo. Congrats to some of the boys making their debut today. Honoured to wear the captain band for my country at the end of the game. 🇳🇬 #SuperEagles

Leicester City youngster, Wilfried Ndidi expressed his ecstasy with this post “Good win against Togo, serving with all our strength🇳🇬 #supereagles #nextsa

The Eagles are expected to camp at the Bolton White apartments in Abuja before jetting out to Uyo ahead the Bafana Bafana tie.