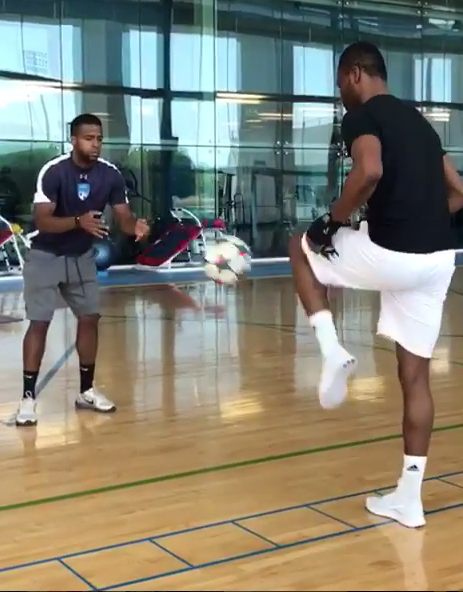 Super Eagles’ skipper and Tianjin Teda midfield enforcer, John Mikel Obi, has said that he can’t wait to return to action for both country and club.

Mikel will be missing out of the squad that will face the Bafana Bafana of South Africa in a 2019 Africa Cup of Nations qualifier in Uyo due to a  niggling knee injury he picked up while playing for his club.

The most experienced Super Eagles player at the moment, Mikel underwent surgery sometimes in April.

The father of two has been undergoing rehabilitation and recovery since then.

The former Chelsea midfielder has been seen posting different stuff lately via his official Instagram account where he wrote “Surgery went well, rehab next… can’t wait to be back
️
🏾 shame I can’t be on the pitch fighting with my team #TianjinTeda #TEDAFightingFightingFighting
🏾

Days later, Mikel posted a video with the caption “No days off
🏾 #Recovery #Teda #SuperEagles.

Although missing in action, his club, Tianjin Teda beat Obafemi Martins Shanghai Shenhua 2:1 on the last match day in the CSL courtesy of an Ideye Brown brace that saw off Martins lone goal.

Most recently, Mikel posted another video on his official Instagram wall with the caption “injuries take patience, but progress is so rewarding.”

He is expected to be back in action for his Chinese outfit, Tianjin Teda in the coming weeks and also available for selection by Super Eagles gaffer, Gernot Rohr ahead the World Cup qualifiers against, reigning champions of Africa, Cameroon in August.