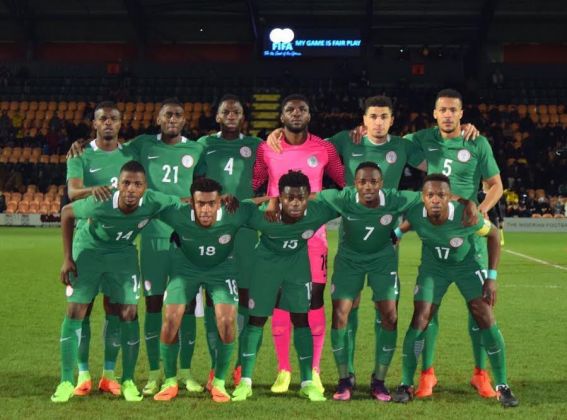 Nigeria’s Super Eagles have arrived in the city of Uyo, venue of Saturday’s 2019 Africa Cup of Nations qualifier against South Africa.

The Eagles, who were given a two-day break by the Coach Gernot Rohr after a ten-day tour of Corisca and France, converge on the Akwa Ibom State capital in different batches, with Rohr leading the team from Abuja, together with his backroom, technical staff, alongside players like Tyronne Ebuehi, Kelechi Iheanacho, Wilfred Ndidi, Ahmed Musa, Alhassan Ibrahim, Simon Moses, Ikechukwu Ezenwa, Abdullahi Shehu, William Ekong and Mikel Agu.

Assistant Coach, Imama Amapakabo is already at the team’s camp in Uyo.

Players like Elderson Echiejile, Maroof Yosuuf, Chidozie Awaziem and others are also expected to join the team at the Le Meridien Hotel, Uyo before the team’s first training at the Godswill Akpabio International Stadium on Tuesday morning.