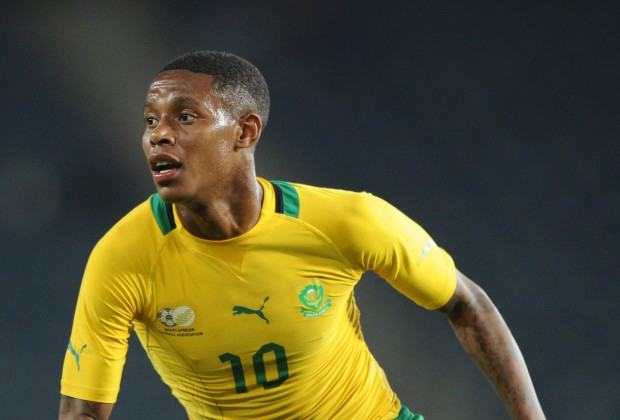 “We were up against a good team, Nigeria has some quality stars but we played to instructions, communicated with each other and the outcome was there for all to see,” the Vitoria Guimaraes of Portugal midfielder told SAFA.com.

“We were compact in the opening 20 minutes but once we realised we could open them up, we went for the jugular and boy.

“I think in the end, the team need to be complimented for remaining level-headed especially in the opening minutes of the first half when they tried to put numbers upfront searching for that opening goal.

“And when Itu (Itumeleng Khune) released Percy Tau for the killer second goal, it was all over and could have scored a glut of goals thereafter. But all in all, this was a fantastic win for the team.”

The midfielder hailed the defensive performance of the back four comprising of Erick Mathoho, Tebogo Langerman, Ramahlwe Mphahlele and captain Thulani Hlatshwayo in the game.

“They were disciplined and outstanding. That is what wins your away games; a solid defence especially in the opening minutes. Our guys never gave anything away,” Zungu added.

“But Keagan Dolly and Dean (Furman) also helped mop up the defence when they needed numbers.

Zungu is excited that the win brings joy to their home fans having won their first competitive match against Nigeria.

“I am so excited with the result; this was a collective team effort; it is nice to bring happiness to the country,” he said.