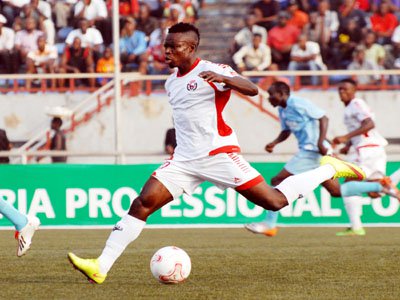 Enugu Rangers’ winger, Etor Daniel has said that he is happy his side won their game against Akwa United, describing the 3 points as a lifeline for his team.

The former Enyimba attacker told Aoifootball.com exclusively that the defending champions didn’t start the second round well but noted that getting a victory has given the players a morale boost, even though the victory didn’t come on a platter of gold.

“I feel very happy after our win against Akwa United because we have been working hard to get out of the relegation zone. The 3 points is a much needed lifeline. Akwa United gave us a run for our money but thank God the final result was in our favor.