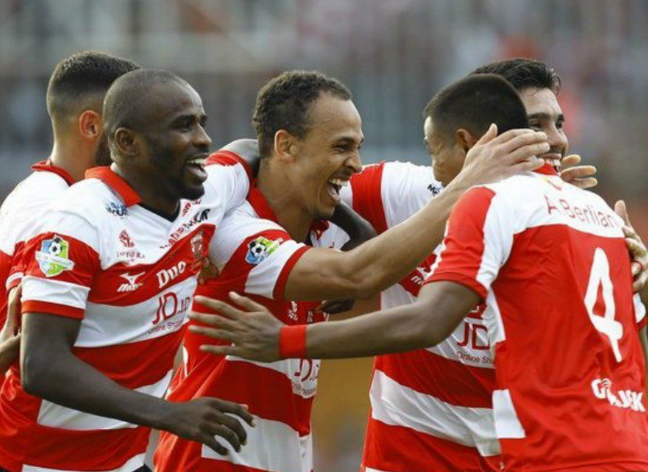 Nigerian international, Peter Osaze Odemwingie, doesn’t seem to be aging as he clinched a hat-trick for his Indonesian Liga 1 outfit, Madura United in a 6-0 thumping of Semen Padang, AOIFootball.com reports.

Osaze, 35, opened the scoring for the hosts in the 20th minute of the game.

Fellow compatriot, Junior Nwokolo doubled the lead for Madura in the 37th thereafter.

Osaze added to his tally and made it three for Madura just two minutes before the break.

The party wasn’t over for Osaze as he rifled home his third goal of the encounter to get the match ball and Madura’s fourth of the game in the 63rd minute.

Nwokolo, who plays for the Indonesia senior national team, also got another bite at the cherry as he found the back of the net for the second time three minutes later.

Gatra Sanggiawan ended the successful party for Madura in the 69th, converting from the spot as all efforts by Semen Padang to get a consolatory goal proved abortive even with 20 minutes left to play.

Madura currently seat top on the log with 22 points after 11 games.