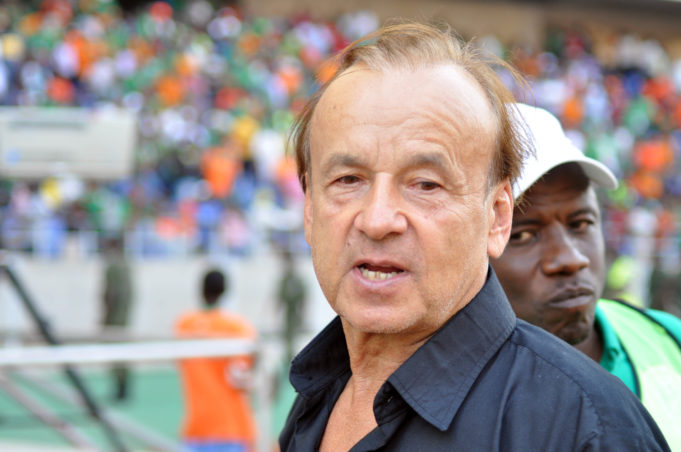 After his team’s lackluster performance in a 2019 Africa Cup of Nations qualifier against the Bafana Bafana of South Africa in Uyo last weekend, Super Eagles’ Technical Adviser, Gernot Rohr has said there is no need to panic as the team will do everything to correct the anomalies noticed in their 0-2 home loss, reports AOIFootball.com.

Rohr said this to reporters when he visited the NFF Glass house on Tuesday at the invitation of the Technical Committee.

The Franco-German, until last Saturday, held an unblemished record in all six games he has been in charge of the team until the bubble burst against the Stuart Baxter’s South Africa.

“Our young team did so well before until goal they (South Africa) scored. We have to be optimistic and hope to get back our main players from injury. The team we will present against Cameroon will be an experienced one,” disclosed Rohr.

The German also eulogized his young team despite the loss insisting they can learn from their mistake as you cannot always win in football.

The former Burkina Faso coach, however believes the team can still qualify for Cameroon 2019 Africa Cup of Nations as there are five games to go which they will not joke with.

“We have another five games for any team to qualify and the two best teams will qualify, so there is no need to panic, and there is no problem. I’m glad the age range of my team is 23 and I would say in no distant time, they will be among the best in Africa,” Rohr concluded.

Aminu Umar on target as Osmanlispor edge past Bursaspor 2-1