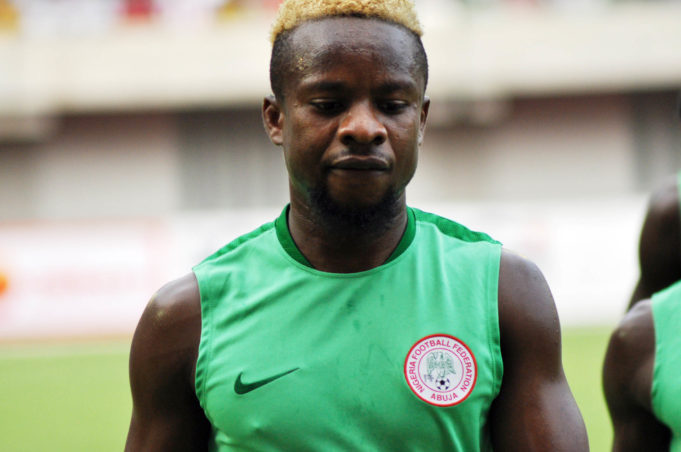 Still bothered about the Super Eagles’ loss to South Africa in a 2019 Africa Cup of Nations qualifier, assistant captain of the Super Eagles, Ogenyi Eddy Onazi, says the loss is a big lesson and an eye opener for future games.

The Trabzonspor of Turkey midfielder stood in for injured captain Mikel John Obi and was less than impressed after the Eagles lost for the first time in twenty-five years to Stuart Baxter’s Bafana Bafana at the Nest of Champions.

“I’m yet to recover from the trauma I suffered after the game. It was a devastating result. We never saw it coming, but we have moved on, we will certainly come back stronger. We have spoken to each other about the loss and have agreed we have learnt from it. We promise Nigerians that this won’t happen again and that we will make it to the next Nations Cup,” said the former Lazio man.

Onazi and his teammates however have a chance to redeem themselves when they lock horns against African champions, Cameroon in continuation of next year’s 2018 FIFA World Cup qualifying series which Nigeria is top of Group B at the moment and the Benue-born player insists they will not fail soccer-loving Nigerians.

“We have resolved to get back to winning ways. Cameroon is next for us, and we hope to have a full complement of the team with our captain and some other players. I think we would be stronger and better prepared for that encounter,” Onazi told AOIFootball.com exclusively.

The former My People FC player is an object of transfer interests currently being looked at by Serie A’s Fiorentina and Spanish giants, Sevilla, amongst several other top European clubs.

Onazi played 37 times in all competitions for Trabzonspor in the Turkish Super Lig last season, scoring twice with one assist.