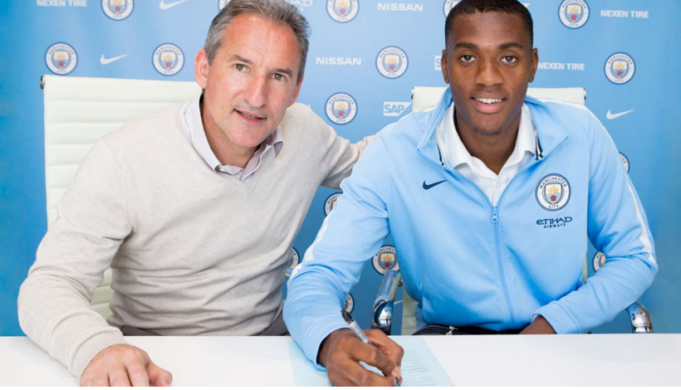 Nigerian-born Manchester City defender, Tosin Adarabioyo is set to have another spell at the Etihad Stadium, AOIfootball.com can report.

The lanky defender penned down a new 4-year contract that will keep him at the club until 2021.

The starlet has grown through the ranks, having joined the youth system of the English side at the age of five.

On 21 February 2016, Adarabioyo made his first-team debut in an FA Cup match against Chelsea and has featured four times for the first team.

Tosin is ready to fight for a shirt in the Pep Guardiola-tutored side against the likes of John Stones and Otamendi.

“I’m very happy to have signed a new contract with @mancity. I thank God, my family and everyone for supporting me on the journey. After joining the club as a child 15 years ago, my mission has just begun. I’m ready for us to reach new heights!” he wrote via his official Instagram account.