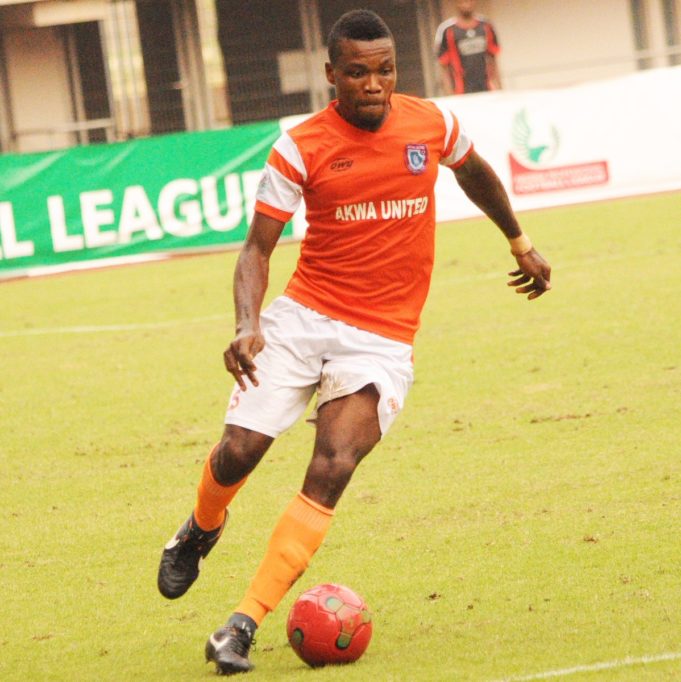 The mercurial defender told Aoifootball.com in an exclusive interview, that it gives him joy that Akwa United are gradually moving from bottom to top in the league.

Ariwa also noted that there is a complete improvement in the team, which is responsible for their recent good run of form.

“Everybody can see from our form that we are gradually moving from bottom to top in the league and that’s a thing of joy; we are going to give everything to sustain the tempo.

“The team has recorded improvement in every department of the game because we have played better this season, even more than we have done in other seasons,” enthused Ariwa.