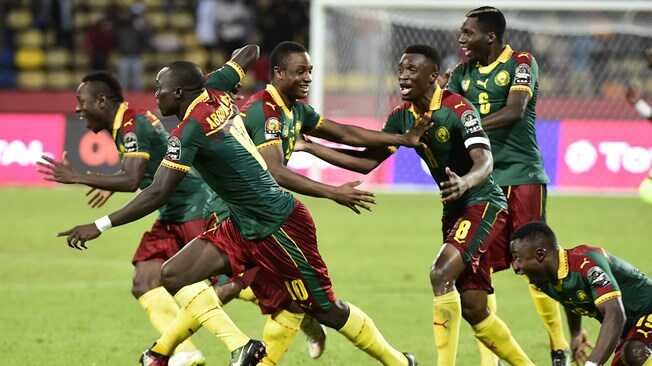 Head Coach of the Indomitable Lions of Cameroon, Hugo Broos, has said his team’s participation at the ongoing FIFA Confederation Cup is seen as preparation for the double header World Cup qualifiers against Nigeria’s Super Eagles in September, AOIFootball.com has gathered.

Cameroon lost two games and drew one at the Confederation Cup against South American champions, Chile which they lost 2-0, drew 1-1 against the Socceroos of Australia and lost 3-1 to a second string German side, playing against different styles which has made the African champions, a relatively young side, gain more experience ahead of the task ahead, according to opinions in the Cameroonian camp.

But Broos believes though they don’t have players in the big leagues, they certainly are one of the best sides in African football, whilst pointing out that the 3 weeks spent together has helped to make his team stronger.

“I’ve always said that Cameroon are one of the best sides in Africa, but there’s still a big gap between them and modern teams like Germany,” said their Belgian coach Hugo Broos.

“Cameroon doesn’t have any player in the big leagues any more. We absolutely need to improve our infrastructures and training,” added Broos.

Meanwhile, Cameroon midfielder, Benjamin Moukandjo has told fifa.com that his team has the quality and intend to do all they can to qualify for next year’s showpiece in Russia, which includes beating Nigeria home and away to put the team in good stead.

“We showed that we’ve got quality, but obviously, we’ve still got work to do if we’re going to trouble the big boys.

“We’ve got a young team that’s only just getting acquainted with international competitions.
“We’ve now got a better idea of where we stand, which will help us come back stronger next year and target the World Cup with a lot more going for us,” said Moukandjo.