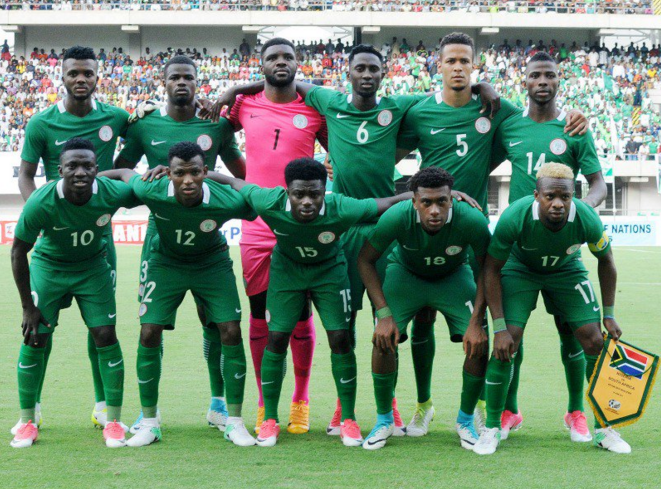 The Super Eagles of Nigeria will be part of the teams that will parade and hoist Nigeria’s flag next in Russia and qualify for the 2019 Africa Cup of Nations despite kicking off the qualifiers with a disappointing loss to South Africa so says Nigeria Football Federation President, Amaju Melvin Pinnick reports AOIFootball.com.

Nigeria lost to South Africa 2-0 in their opening Group E clash in Uyo while Libya spanked Seychelles 5-1 in the other matchday-one game of the group.

Pinnick also assured that the three time AFCON winners will make it to the 2018 FIFA World Cup in Russia with four games left to play.

“I promise you, we will not only qualify for AFCON, but we will beat Bafana in South Africa,” Pinnick stated during the press conference for signing of Aiteo Federation  Cup agreement.

“We want to celebrate and thank Aiteo for their contribution to football and this will enable us develop the game further.”

The Super Eagles might have to win their remaining five games in agroup E to qualify for the AFCON tournament in Cameroon.

They are in the third position in Group E behind Libya and South Africa who the log with three points while Seychelles occupy bottom place.

In the 2018 World Cup qualifying Group B, Nigeria lead with six points, followed by reigning African champions Cameroon, with two points from the same number of matches.