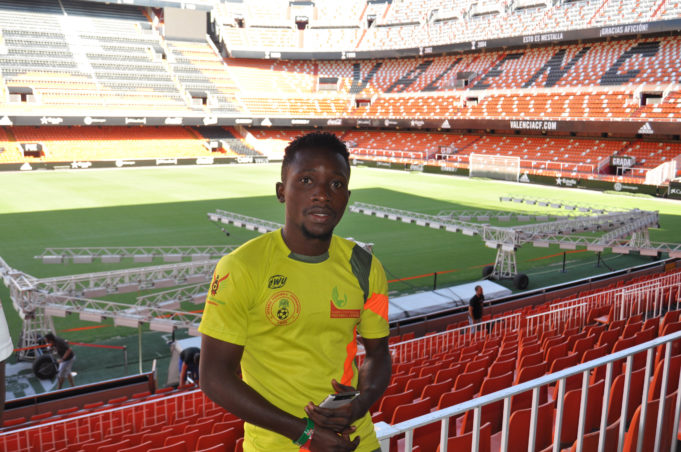 BK Haecken forward Chisom Egbuchulam has set his sights on scoring at least 10 goals in the second stanza of the ongoing Swedish Allsvenskan league AOIFootball.com reports.

The former Most Valuable Player in the Nigeria Professional Football League who has only made three appearances in the league this season has impressed during the mid-season friendly games scoring five goals in five warm games the team has played so far.

According to the former Enugu Rangers attacker, he expects to open his goals account when the league resumes and he targets 10 goals before the end of the season.

” I can’t wait to start scoring goals for my team in the league. I have scored 5 goals so far in the mid-season friendlies we have played so I hope to take my current scoring form into the league proper. i want to score at least 10 goals before the end of the season. The process of understanding their game here has been gradual for me and I’m coping too,” said Egbuchulam.

The second stanza resumes on the 3rd of July as Haecken hosts Harmmarby.

Eagles will get Maximum point against Libya, says Omeruo

Etebo insists Eagles will play for victory against DR Congo

Abdulquadir Adedapo - May 9, 2018
ALL CATEGORIES
SOUNDCLOUD