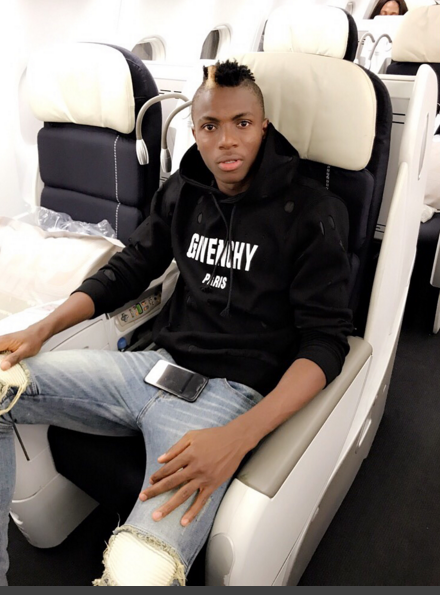 VFL Wolfsburg of Germany forward, Victor Osimhen, has returned to his team ahead of the new Bundesliga season, AOIFootball.com can report.

Osimhen signed up for ‘Die Wolve’ in January but his time with the team last season was marred by injuries that constantly ruled him out up until the tail end of the season where he played a cameo role in the playoff victory against Braunschweig that helped the team retain their Bundesliga status.

Osimhen had earlier on Sunday posted a photo of himself in the airplane just arriving in Germany.

“Thanks to GOD for journey mercies, work don start,” he said.

AOIFootball.com gathered that the 18-year-old record scorer at the FIFA U-17 World Cup is expected to be given more playing time this term under coach Andries Jonker, as he is seen as a big prospect for the modest German side.