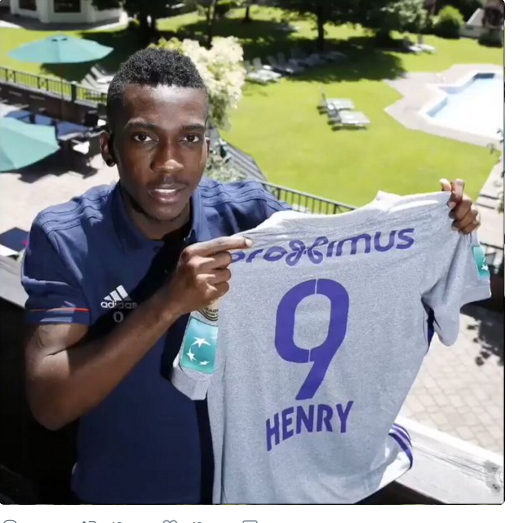 Super Eagles forward Henry Onyekuru will don the No. 9 jersey at Anderlecht, AOIFootball.com can report.

The former KAS Eupen player who recently signed for English Premier League side Everton, for 7 million pounds, was loaned out to the Belgian Champions last week and has already joined up with the Anderlecht squad ahead of the preseason tour.

On Tuesday evening, the official twitter handle of the club posted a picture of the 20 year old Nigerian holding the new jersey for the new season with the No. 9 boldly printed behind.

Onyekuru became the object of discussion and interest across Europe at the end of last season after scoring 22 goals for Eupen and ending as joint top scorer in the Belgian top flight.