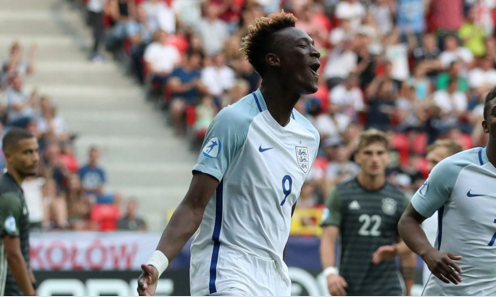 Nigerian-born England youth international, Tammy Abraham has joined Swansea City on a season-long loan deal, shortly after penning a new five and half year deal with the English champions, aoifootball.com can report.

After excelling on loan at Bristol City in England’s second-tier last season, and scoring 26 goals in 48 appearances, he then went on to play a leading role for England’s U-21 side which reached the semifinals of the European U-21 championships this summer.

The Swans confirmed Abraham will link-up with the team during their summer tour of the USA as he takes some extra time to rest from his exploits at the euro u-21 tournament.

Swans’ boss, Paul Clement worked with Abraham in his time at Chelsea and was keen to bring the 19-year-old to the Liberty Stadium to boost his attacking options.

His arrival could be preceded by a striker departure, with Swansea set to loan Borja Baston to Malaga for the season, according to reports.