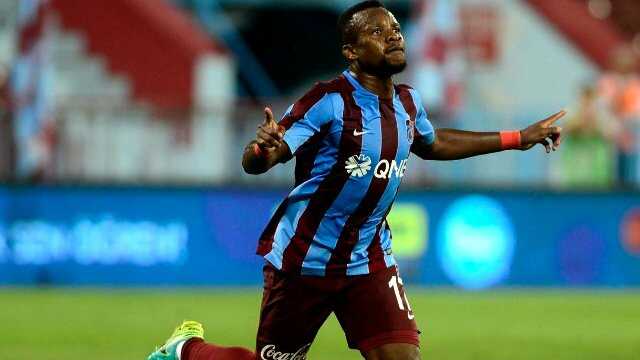 Trabzonspor of Turkey midfield maestro, Ogenyi Eddy Onazi will stay on at the club after sorting out issues of unpaid wages between himself and the Turkish outfit , AOIFootball.com can authoritatively confirm.

This development means the Benue-born midfield general would now be with the club and will start preparing to fully join the club ahead of the season.

” Myself and the club have sorted out the issues we had in the past, this means we are all clear and i can say I’m gingered up for the new season. I love it here in Trabzonspor and I also appreciate the love the management and fans have showed me since I got here,” Onazi told AOIFootball.com exclusively.

The Super Eagles assistant captain who is already in Europe will eventually join the club this weekend, even as he looks forward to a better season with a promise that there would be something to show at the end of season.

” I look forward to a better season and hope we have something to give our fans who have been so supportive at the end of the season,” Onazi said.

Onazi was one of the shinning lights of Trabzonspor last season, arguably the best player for the club. He featured 37 times in all competitions.