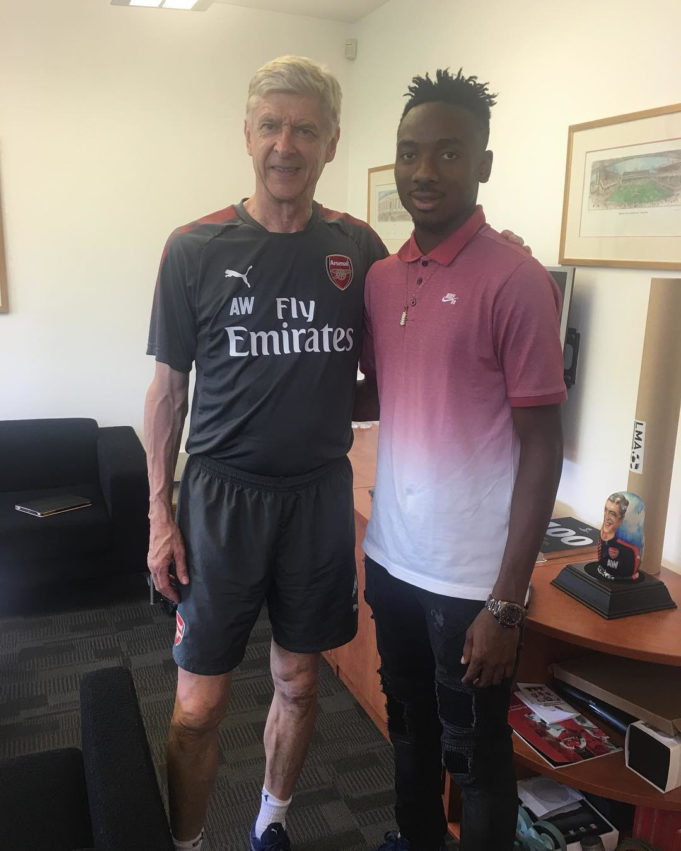 Nigeria International and Arsenal FC midfielder, Kelechi Nwakali, has returned to England to begin preparations ahead of the new Premier League season, AOIFootball.com can report.

Nwakali, who spent the 2016/2017 football season on loan with Holland Second Division side, MVV Maastricht, making 29 appearances and scoring twice, had been on holidays in Nigeria where he took time out to visit his youth club, Diamond Football Academy.

He had earlier posted a picture of himself on social media looking all smiles alongside Arsenal manager, Arsene Wenger, with the caption: “Nice time with the boss today.”

The 19-year-old FIFA U-17 World Cup winner will need to put in some extra work if he intends breaking into the Gunners’ first team squad as Wenger is desperate to bring in topnotch signings after missing out on a Champions League qualification last season.