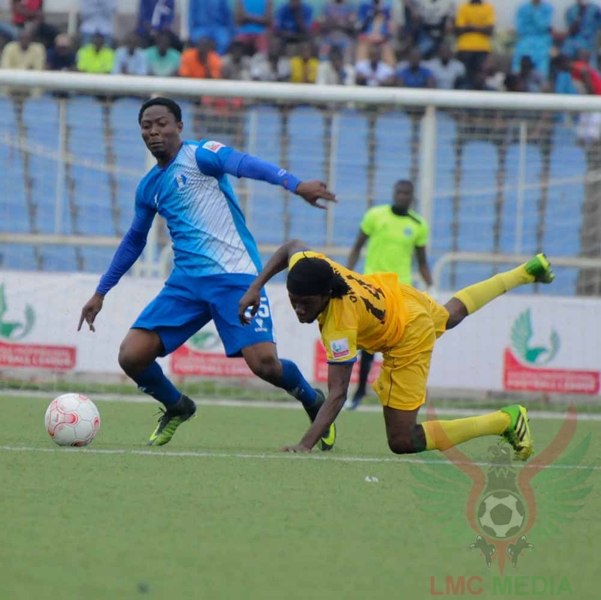 The hosts went up in the 29th minute after  3SC shot stopper, Charles Tambe fumbled with a corner, leaving the ball to drop in front of Aguda to tap in for a 1-0 lead.

Abu nearly got the equalizer for the visitors after mounting pressure on the Rangers goalie just one minute before the break.

Striker, Abu Azeez would have had an assist to his name in the 58th minute after a good pass to Nonso but the latter failed to connect.

However, there was no respite for the Rangers defence after Abu Azeez finally found the back of the net to draw level in the 76th minute of the tie to the admiration of the 3SC traveling fans that made the round trip from Ibadan to Enugu.

The goal was Abu’s first since joining 3SC in the last transfer window and his first in the league since May 2016.

“I feel really good scoring my first goal for the team and against arch rivals Rangers FC. It really boosts my reasons for joining the team, helping them to survive and it gladdens the hearts of our teeming fans,” Abu reacted to the @official3SC after the game.

Samuel Kalu named in European U-21 Team of the Week