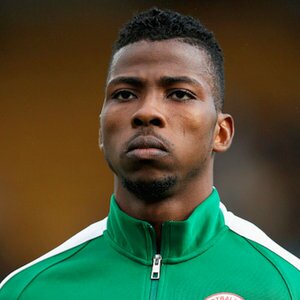 The Manchester City forward has been in the transfer news since the window opened in June with clubs such as West Ham United, Crystal Palace, Everton and recently Leicester City showing interest in the Nigerian, but latest reports in England indicate the forward may have agreed to join the Foxes on a 5-year deal.

The deal, Aoifootball.com learnt, is worth 25 million pounds but may rise to 29 million with add-ons.

Iheanacho, 20, will team up with compatriots Ahmed Musa and Wilfred Ndidi, if the deal is eventually sealed this weekend. The forward is highly rated in England, having raked in an impressive goal ratio.

Sources also understand that Iheanacho has to resolve a dispute over image rights with his former agent before any new contract can be signed.

We understand there is a willingness on all sides to get the deal done, and the player himself is keen on a switch to the King Power Stadium.

Abiola Shodiya - May 6, 2017
ALL CATEGORIES
SOUNDCLOUD