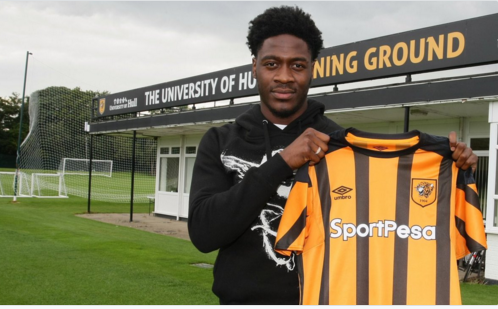 Super Eagles prospect Ola Aina says he is looking forward to a fresh challenge at Championship side Hull City after moving from Chelsea to the club on a season long loan, AOIFootball.com reports.

The Chelsea youth product had six appearances for the English champions last season but has now been loaned out to gain experience and enjoy more game time in the Championship.

“Delighted to have joined @HullCity on loan. Looking forward to the new challenges ahead, thanks for all your kind messages,” Aina posted on his twitter account.

Ola Aina signed for Chelsea as an under-11 and made his youth team debut as a schoolboy in the 2012–13 season and went on to start in both legs of the semi-final and final of the FA Youth Cup. In his youth career, Aina has also represented Chelsea in the under-18s, under-19s, and under-21 levels.

Meanwhile, his parent club, Chelsea FC has wished Aina all the best at Hull City.