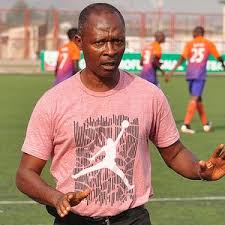 Shooting Stars FC Coach, Fatai Folorunsho Amoo, has said that there are lot of positives from his sides1-1 draw against defending champions, Enugu Rangers on Sunday.

According to him, he would have loved his team got all 3 points, rather than sharing the spoils with the defending champions, because his team didn’t do anything extraordinary to secure a point at the Cathedral on Sunday.

Speaking exclusively with Aoifootball.com, Amoo said that picking a point on the road was a good omen for the club and it shows every coach in the NPFL that a game is not won until the last minute.

“Picking a point against the defending champions in front of their home fans is a good omen for us; it took us a lot to get that.

“We didn’t do anything extraordinary to get the point on Sunday, I even felt we should have won the game rather than picking just that one point. At this point, hard work and determination is our driving force and they will continue to drive us,” concluded Amoo.