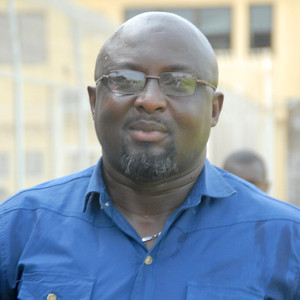 Coach of NPFL table toppers, Plateau United, Kennedy Boboye has said that his team is aiming at winning the NPFL title this season and cannot afford to be complacent.

According to him, his team needs no motivation from anyone to know that they have to work hard to achieve what they are aiming at.

Boboye told Aoifootball.com in an exclusive interview that his team have no option but to try and beat any team that comes their way, because they want to make their teeming fans happy at the end of the season.

“We don’t need any extra motivation in Plateau United because we all know what we are in for.

“Both the management and the players of the club know that we are aiming at something. Our target is to win the league and get a continental ticket at the end of the season.

“We have no other option than to beat any team we come across because we want to make our teeming supporters happy at the end of the season,” Boboye enthused.

Jeremiah Umahi - May 10, 2017
ALL CATEGORIES
SOUNDCLOUD