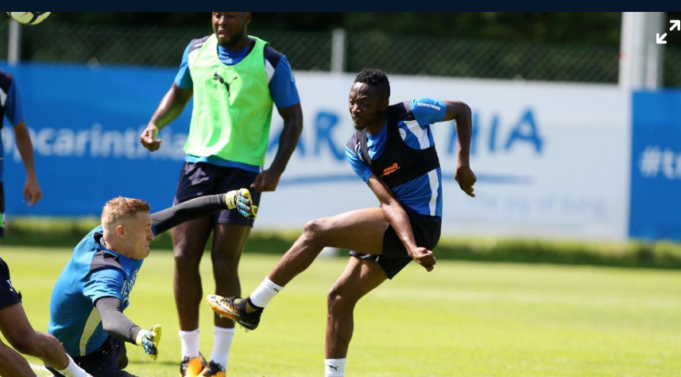 Super Eagles’ duo of Ahmed Musa and Wilfred Onyinye Ndidi, alongside their Leicester City teammates,have been sweating it out in Austria ahead of the new season as the former champions’ preseason kicks off fully, AOIFootball.com reports.
The duo were in the thick of action in the Austrian heat with Coach Craig Shakespeare taking full charge in the sessions as the Foxes hope to bounce back after a disappointing 2016/2017 season.
For Eagles’ winger, Ahmed Musa, the former CSKA Moscow forward hopes for a better and more improved season after a less than impressive by his standard in his first season under former Coach Claudio Ranieri and later on interim Manager, Craig Shakespeare.
Musa, who got married recently, is ready to prove himself to break into Shakespeare’s first team and that he has shown in training since returning.
Onyinye Ndidi will hope to cement his place in the defensive midfield role despite impressing in his first season since joining in January from Belgian side, RKC Genk.