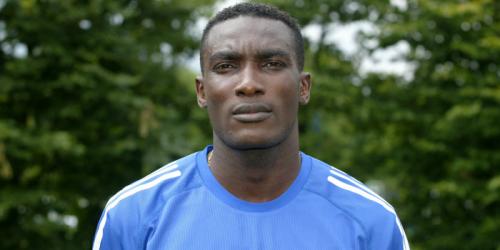 Former Super Eagles’ forward, Victor Agali has said the team’s Technical Adviser, Gernot Rohr is not known to be a man that would chicken out at the slightest attempt of challenges, AOIFootball.com reports.
News from the rumour mill trended across the country on Wednesday that the former Gabon coach threatened to tender his resignation following alleged misgivings with the NFF.
Rohr was Agali’s coach during his time at OGC Nice between 2002-2005, and according to the former Eagles’ goal poacher, he is not a man that would quit because of little challenges or obstacles on his way to achieving his goal.
“Rohr can’t quit, I don’t know him to be that kind of a person. He has always been a winner and he doesn’t chicken out of situations so I don’t believe he would want to leave so soon without achieving anything with Nigeria.
“I think it may just be a case of misunderstanding which is bound to happen. All I can say is that both parties should try to straighten things out. But I don’t think the Gernot I know would want to walkout on Nigeria,” the former Hansa Rostock of Germany forward told AOIFootball.com.
Since taking over the Super Eagles, the Franco-German has sat over seven games, winning four, drawing two and losing one against South Africa which has caused uproar and informed the recent rift raised over his choice of players on match days by the NFF Technical Committee and soccer buffs across the country.

Kwara United will bounce back from recent poor form – Obuh