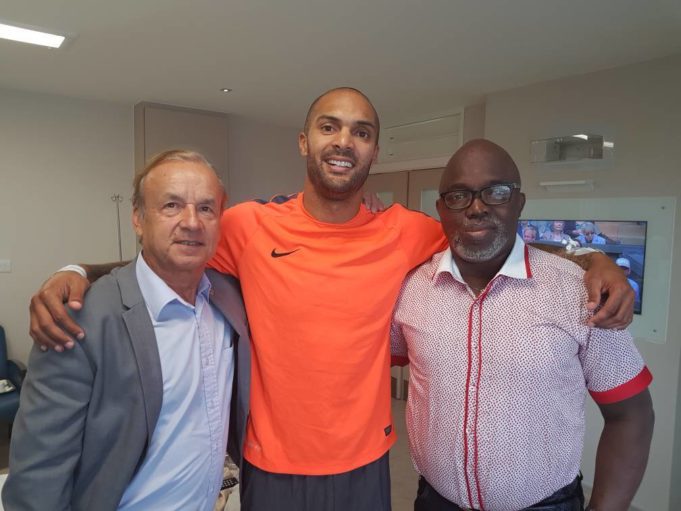 A picture of the visit was tweeted on Friday via the official handle of the NFF with a caption: “NFF President @PinnickAmaju alongside Coach Gernot Rohr visited Eagles goalie @Carl_Ikeme today in London.”

Also, Rohr met with Chelsea star Victor Moses in London ahead of Nigeria’s World Cup 2018 qualifiers against Cameroon in September.

Moses who missed the 2019 Africa Cup of Nations qualifying defeat at home to South Africa last month returned to training with the reigning English Premier League champions after ending last season with an injury.

Moses, 26, is expected to be included in the Nigeria squad to face Cameroon.

Nwankwo scores as Crotone come from behind to beat Udinese, 2-1