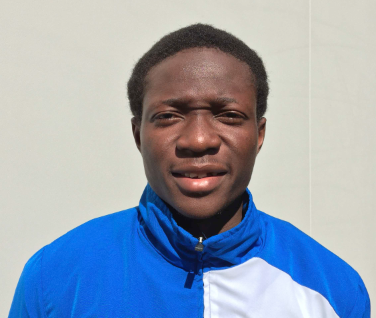 Former Nigeria U-17 player, Habib Makanjuola, scored while on trial at Leicester City at last weekend, AOIFootball.com can report.

Makanjuola, 18, was part of Coach Manu Garba’s U-17 team that conquered the world in the UAE in 2013. He afterwards joined Chelsea Youth team but his attempt to grow through the ranks at Cobham failed, hence his trial at Leicester City.

The midfielder found the bottom corner from just inside the area to give Leicester City a half-time lead. City’s U-23 eventually lost the game to National League North side, Leamington.

Makanjuola, who became popular with his ball joggling skills, went into oblivion after his celebrated move to Chelsea in 2013, shortly after the Golden Eaglets conquered the rest of the world.