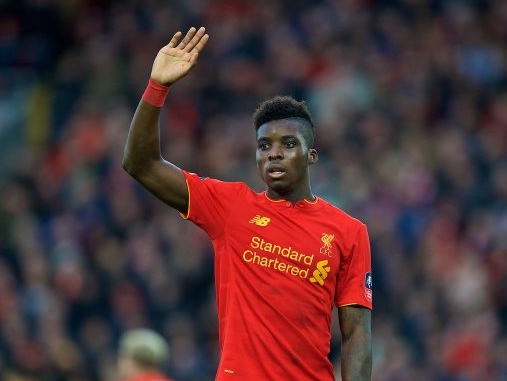 Premier League returnee, Newcastle United are interested in signing Nigerian-born England youth international, Seyi Ojo. AOIFootball.com understands Liverpool are ready to sell the youngster, who is also a loan target for Middlesbrough, with a buy-back clause.

Newcastle had previously been chasing the young winger, with Manager Rafa Benitez identifying him as one of his top targets, but his desire to take the player on loan with a purchase option made the deal impossible from Liverpool’s perspective, given Jürgen Klopp rates Ojo highly.

Newcastle returned with an offer of a straight loan, but Liverpool rejected it, believing Ojo ran too high a risk of being stuck to the bench at the newly promoted side as Jurgen Klopp is interested in his long-term development. With Ojo now left out of the squad that headed to Hong Kong this week and a deal—whether it’s to Middlesbrough on loan or Newcastle permanently with a buy-back clause—is likely to happen in relatively short order.

Ajagun’s last minute strike wins it for Roda in Eredivisie

Abdulquadir Adedapo - May 8, 2018
ALL CATEGORIES
SOUNDCLOUD