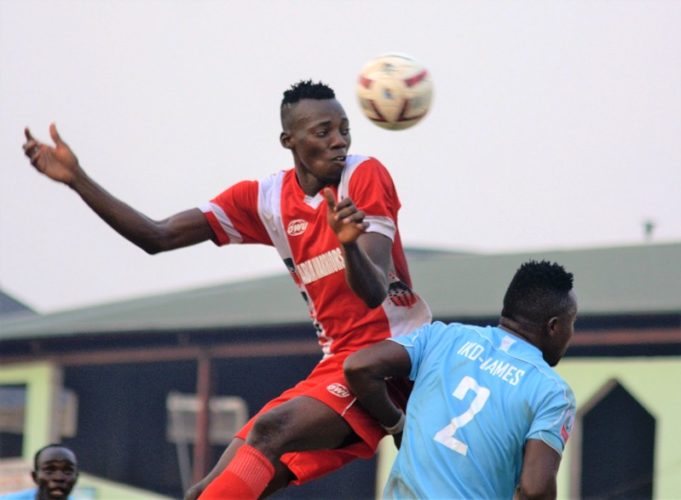 Abia Warriors midfielder, Sunday Adetunji, has said that his team has not lived up to expectations this season. According to him, the club’s fans has expected a lot from them after their early season form which unfortunately, they could not build on it.

Adetunji told Aoifootball.com exclusively that at the start of season, the players and the coaching crew agreed that they must work for a top three finish, a target he reckons is already elusive with the club currently occupying the 11th position with 9 games to spare.

He noted further that with just one away win after 29 matches, the team has all to do by trying to win games their remaining games.

“I can say that we haven’t lived up to expectation. At the start of the season, we have a target that we should at least finish in the top three but with nine games to go, we are 11th on the log.

“We have to improve on our game and put in better performances in our subsequent matches for us to get result.

“We have managed to get only one away win all season and I think that is not good enough for any team that wants to finish in the top three,” concluded Adetunji.