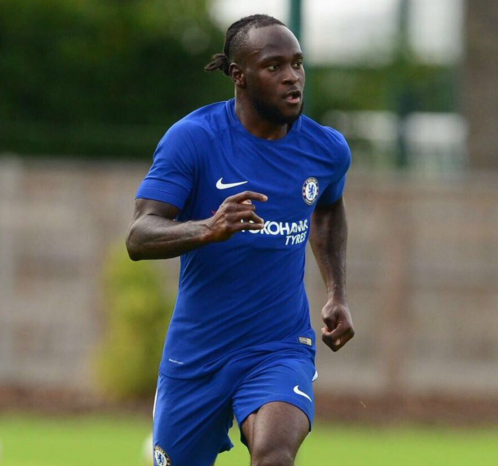 Super Eagles winger Victor Moses reckons he is getting back to his best after recovering from a toe injury that ruled him out of the National team’s last game, AOIFootball.com reports.

Moses was not part of the Super Eagles team that lost 2-0 to South Africa in the 2019 Africa Cup of Nations qualifier in June after copping a toe injury at the end of last season.

“Great run out and good team performance against Arsenal! Feeling fitter all the time,” Moses tweeted on Sunday.

He returned to the Chelsea squad and featured in their first pre-season game which was an 8-2 win against Fulham.

On Saturday, Moses also starred for Chelsea who beat Arsenal 3-0 in their second friendly in China.

Moses praised his teammates for their impressive performance in the Arsenal win.

AFCON: Rohr needs to have a private chat with Mikel, says Finidi