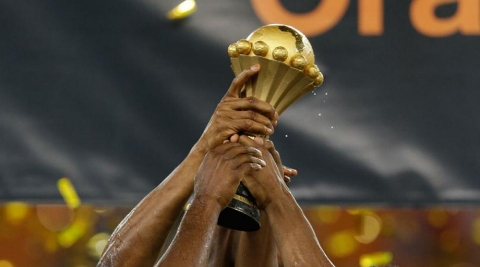 The confirmation of the change of date for Africa’s most prestigious football event, the Africa Cup of Nations has been warmly applauded by former African internationals who were guests at the just concluded Confederation of African Football (CAF) Symposium, which was held in Rabat, Morocco.

CAF is experiencing ‘change’ under the new leadership of Ahmad Ahmad, with the organization gathering bright football brains in Africa to chart a new course for the round leather game on the continent. Among the new ideas shared and deliberated at the event is the change of AFCON from a 16- team tournament to a 24.

Also shared was the idea to now have the competition staged in June/July from its original date of January/February, amongst other notable suggestions to help tinker the game on the continent.

At the event however, AOIFootball.com, which was on ground sampled the opinions of former African football stars on what they think about the new thoughts for Africa’s version of the ‘World Cup’ and what it entails for the continent.

Former Black Stars’ captain, Abedi ‘Pele’ Ayew welcomed the change of date, insisting it will save the carriers of players who always return to their clubs after the tournament in February to sit on the bench and eventually thrown out of the club.

“It is an amazing idea to have a change of date for the Cup of Nations and I really love it. It is going to be fantastic as it gives our boys the reason to have their minds settled,” said the former African Footballer of the Year.

Kalusha Bwalya, in his opinion said it is a welcome idea to give lesser countries the chance to show what they’ve got.

“I played in Africa when the competition was 8, and then 12 and even 16 teams, so this is a new thing and we will see how it is. It’s good to give a chance to the smaller countries to have a chance to showcase the talents they have. The country versus club row will be eliminated especially after the change of the AFCON from January/ February to June/July. I hope however the quality will be maintained when we have 24 teams at the tournament,” said King Kalusha.

On his part, Anthony Baffoe said: “Most of the players who play internationally are in favour of this new development which is the first step. Majority of us former players are in favour of it too. But I’m also looking out that this will work, apart from the quality in terms of the games, the quality of infrastructures is another talking point.”