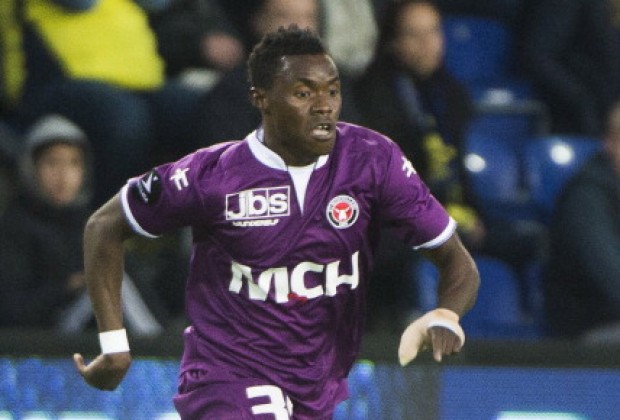 Nigerian duo of Rilwan Hassan and Paul Onuachu were instrumental to FC Midtjylland’s win over rivals, Silkerborg in the Denmark Superliga, Aoifootball.com reports.

Onuachu missed a goal via a shot from outside the box in the 13th minute of the encounter.

The home team kept looking deadlier by the minute as they were in dire need of a goal.

However, they broke the deadlock in the 51st minute, courtesy of a Mark Dan Helde goal.

Rilwan delivered a beautiful cross that was beautifully converted by his compatriot, Paul Onuachu to add to FC Midtjylland’s tally in the 57th minute.

Midtyjlland are 9th in the 14-team Denmark Superliga with 3 points from 2 games.