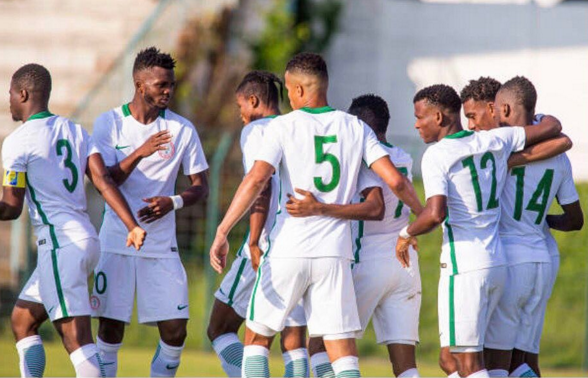 Super Eagles players who will face Cameroon in 2018 World Cup qualifiers on September 1 and September 4 in Uyo and Yaounde respectively in two weeks’ time will be known in a matter of days says the Chairman of the Nigeria Football Federation technical and development committee Chris Green.

“Rohr is worried that the pre-season may not bring out the best of the players who are coming from holidays but has decided to use form first before any other consideration. I trust him to invite the best,” Green told Completesportsnigeria.com

On Nigeria’s chances against the tough and physically strong Indomitable Lions of Cameroon, Green assured that the Eagles will cope well to win the first leg in Uyo and go to Yaounde with high hopes three days later.

He said Rohr is mapping out plans on how to beat Cameroon, adding that he has seen them play live and has their video and dossier of every of their players.

“Cameroon don’t scare us because we shall prepare for them very well,” he added.

Nigeria lead their 2018 World Cup African qualifying group with six points from two matches, while Cameroon are second with two points. Algeria and Zambia have one point each. All the teams have played two games each and the group winners will qualify for Russia 2018.