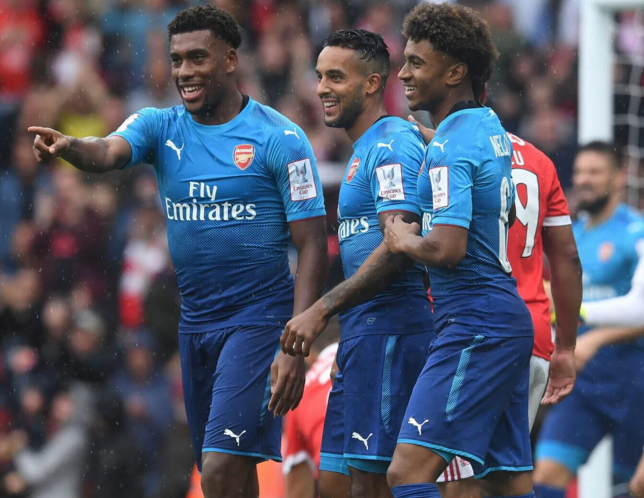 Nigeria Super Eagles forward Alexis Iwobi is elated by his impressive performance for his club Arsenal against Benfica on Saturday evening which saw him score a fantastic goal for the Gunners in a 5-2 rout of the Portuguese champions in the pre-season Emirates Cup.

Olivier Giroud and Theo Walcott (brace) were the other Arsenal stars that scored in the Emirates Cup game with Benfica’s Lisandro Lopez conceding an own goal.

Iwobi took to his Twitter handle Saturday night to express how much the goal and team’s victory meant to him.

“Good day at the office!! Win. Goal. Another step to the season,” Iwobi tweeted.

Iwobi’s beautiful finish in the 71st minute came after a tee off from an equally impressive Olivier Giroud.

Saturday’s goal was Iwobi’s second in the team’s pre-season campaign. He was also on target against Bayern Munich in the International Champions Cup.