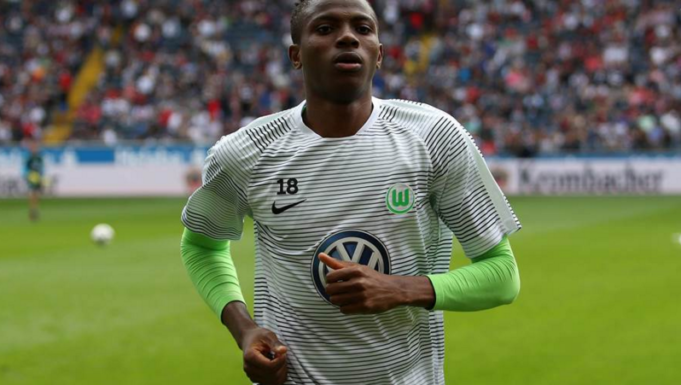 * Wants to be as deadly as veteran striker Mario Gomez

Super Eagles and VFL Wolfsburg of Germany forward Victor Osimhen has said he is working hard in the pre-season games to be fit for the make or mar 2018 FIFA World Cup qualifiers against Cameroon in September.

Osimhen has played four out of five of the friendly games the Andries Jonker’s side has played during pre-season and the former youth international said, with the Bundesliga season set to kick off, he will be ready for the clash against Cameroon.

” It’s been hard work during this pre-season for me and I hope all the work I have put in will reflect in the new season and also for the games against Cameroon,” he said.

Meanwhile, just after he enjoyed his first full game for VFL Wolfsburg in a pre-season friendly against Newcastle United , the rising star says, he crave to be as deadly as veteran striker Mario Gomez in front of goal as he look forward to the new season.

The 18 year old who fully joined ‘Die Wolfe’ at the beginning of the year, believe that working alongside the 32 year old World Cup winner will sharpen his goal scoring skills in Germany.

” Mario Gomez inspires me in training and I have the desire to be as good as he is. It’s a rare privilege to work with someone who has played top class football and have won the World Cup bronze medal in 2010. I hope to learn a lot from him and develop my game here in Germany,”  Osimhen said.

Osimhen featured for the entire duration of Tuesday’s 3-1 loss to Rafa Benitez’s Newcastle.