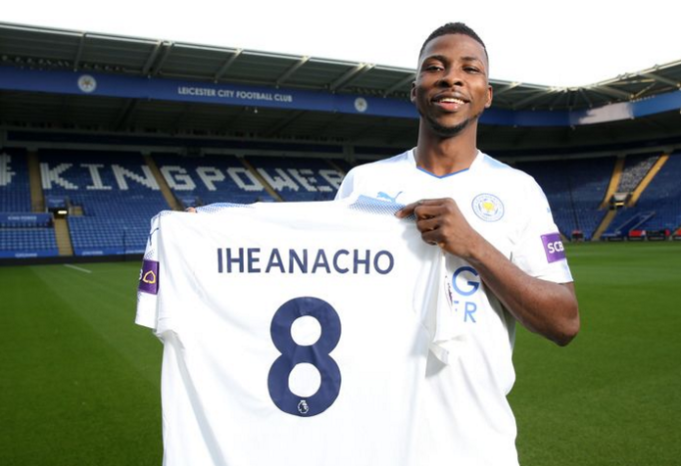 Leicester City have unveiled their new alternate kit as part of their announcement of the signing of Kelechi Iheanacho.

City finally completed the signing of the young Nigerian international , releasing pictures of the former Manchester City man in a new all-white kit which will be City’s third-choice strip for the 2017-18 season.

City revealed their all-blue home kit at the end of the previous campaign before the release of their black-and-gold away jersey last month (which was accompanied by controversy over an unannounced sleeve sponsor).

Similarly to the home and away kits, the all-white has dots running from the neck, across the shoulder and down the sleeve, though this time they are blue, rather than gold.

It is third successive season City have had all-white alternate kit, with last year’s worn on the club’s Champions League debut, a 3-0 win at Club Brugge.