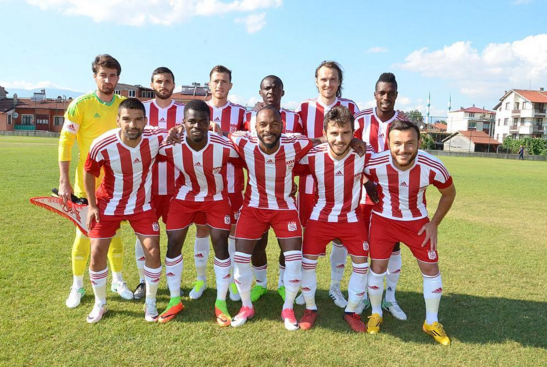 Sivasspor of Turkey and Super Eagles left back Elderson Echiejile has declared that his Turkish outfit are not in the Turkish top flight to make up the numbers, AOIFootball.com reports.

Elderson joined this summer on loan from French champions AS Monaco on a year deal. The former Standard Liege player posited that with the quality of players the team parades and the commitment shown in training, the team will compete with the top sides in the league.

” Some may look at us as just gaining promotion to the top division, but I can bet with what I have seen in training and the players here, I think this team will give top clubs a run for their money when the season starts,” Echiejile said.

He further revealed that the team  was currently preparing for their first game of the season away at Akhisar Belediyespor on the 12th of August.

Jeremiah Umahi - May 20, 2017
ALL CATEGORIES
SOUNDCLOUD