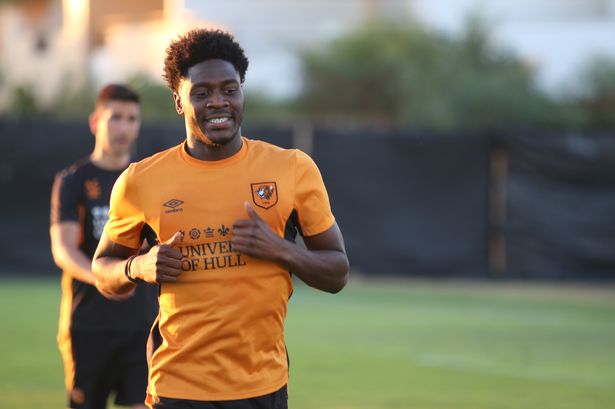 Ola  Aina is hoping he can follow in the footsteps of  his close friend Tammy Abraham and prove his worth in the Championship with Hull City.

Few were familiar with Tammy Abraham before his loan spell with Bristol 12 months ago, but a brilliant haul of 26 goals in 46 appearances made Abraham one of the most highly-regarded youngsters in English football.
Aina, who is on a season-long loan deal at KCOM Stadium, said he will work hard to ensure he has a successful season in the championship.

Abraham and Aina have been in regular contact since arranging fresh loan moves this summer and Hull City’s new defender is certain a season at the KCOM Stadium will not be regretted.

“He told me about his first loan spell last season and doing well has given him a different level of confidence. That shows on the pitch. And that’s what I want to do here too this season.

“I was really happy for Tammy last season because he deserves it. He does work hard on the pitch and the season before he scored something like 44 goals in the whole season. Watching him do that last season really made me happy for him and has motivated me.”