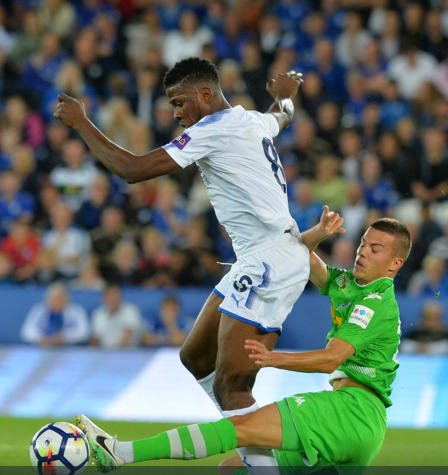 Former Super Eagles’ player Garba Lawal (Chindo) has said that Leicester City new signing, Kelechi Iheanacho get more playing time at the club and will not sit and warm benches like he did at his former club, Manchester City.

According to him, Kelechi struggled for game time because his former club had lots of attacking players and are a bigger team than Leicester City.

Speaking exclusively with Aoifootball.com, Lawal said that Kelechi now has the opportunity to prove to Manchester City that they underestimated him and that his move to Leicester was a wise one.

“Now, Kelechi must think and put in his best. He must know that he is no longer in Manchester City and he must not forget that Leicester paid a lot to acquire him.

“I believe he will play in Leicester as he had limited game time in City because there are a lot of big names and world class players there. Leicester City are not a bad team but Manchester City are bigger.

“Now he has the opportunity to prove to Manchester City that he is a player to watch. He must work hard and show the world that he wants to excel. I don’t see Iheanacho’s move to Leicester as a step down, because we are the ones saying that our Super Eagles players must be playing weekly. This move will certainly pay Kelechi in the long run.