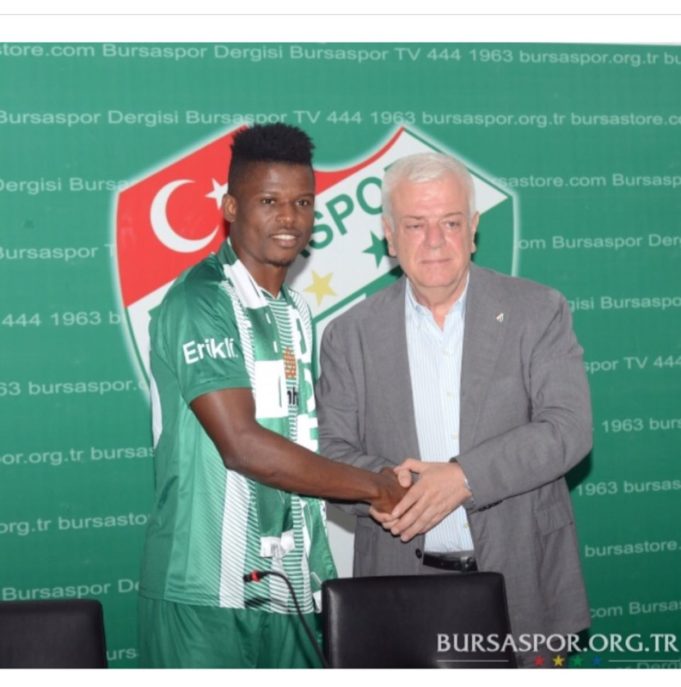 Super Eagles and FC Porto midfielder Mikel Agu has completed his move from Portuguese giants FC Porto to Turkish side Bursaspor on a one year loan deal.

Agu who had a fantastic pre-season with the former European champions said he made the move to have playing time as he hopes to feature more for the national team, the Super Eagles.

“ I am here to make a mark at Bursaspor.  I joined on loan on sporting terms as I want more playing time which is not guaranteed at Porto for now. I had to put my career and National team into consideration as I can only justify a call up when I am playing frequently,” he told AOIFootball.com exclusively.

Agu further revealed that he is delighted to have to a Super Eagles team mate, William Ekong at the club as he hope both of them will work together for the good of the club. He is expected to don the number 46 jersey for Bursaspor.