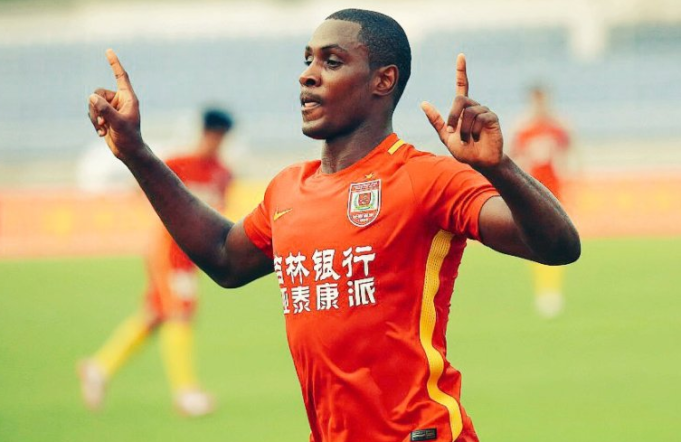 In a bid to ensure his Chinese side, Changchun Yatai finish strongly in the Chinese Super League, Nigerian international, Odion Jude Ighalo has vowed to score the needed goals that will propel his team to the top.
Speaking to AOIFootball.com, the former Watford FC of London goal poacher, who has raked in 8 goals in 18 appearances for Yatai this term, opined that as far he continues banging in the goals and winning important points, they will end the season on a high.
“Hopefully, I will keep on doing my best in helping my team to win games,” he said.
The Benin-born attacker has played in Italy, Spain and England, before moving to China and he says though he has struggled to settle down to life in China, he has shrugged that off.
“I have coped the same way I have been coping in all the countries I have played in. Though it’s not easy, I’m getting better and getting used to the league and life in China- and besides, the goals are coming which is very important.”