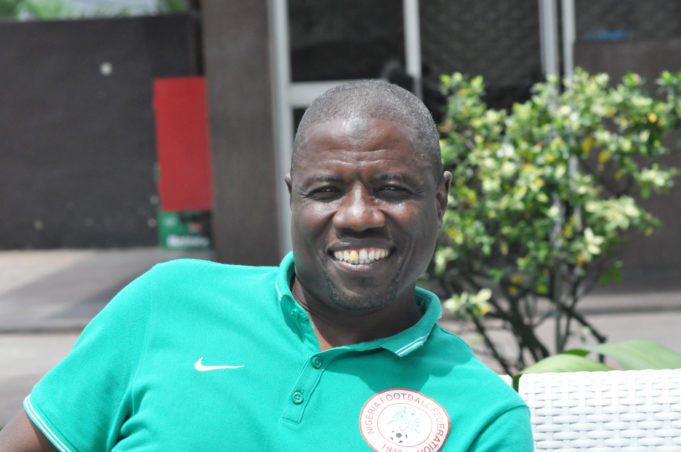 Goalkeeper Theophilus Afelokhai, defenders Ariwachukwu Emmanuel, Stephen Eze and Nasiru Sani, midfielders Hafiz Aremu, Raphael Ayagwa and Samuel Mathias and forwards Sikiru Olatubosun and Kingsley Eduwo complete the list of the playing body that will fly from Kano to Lagos on Friday and then make the short trip to Cotonou by road same day.

The Confederation of African Football has appointed Algerian referee Mustapha Ghorbal to take charge of proceedings at the Stade de l’Amitie on Sunday, starting from 4pm.

After Nigeria failed to reach the finals of the first two editions of the competition exclusively reserved for footballers plying their trade in their countries’ domestic Leagues, the Super Eagles won the bronze medals at the third edition in 2014. They however could not make the knock –out stage at the fourth edition in Rwanda early last year.

The return leg will hold at the Sani Abacha Stadium, Kano on Saturday, 19th August, with the winner qualifying for the 5thAfrican Nations Championship scheduled for Kenya early next year.