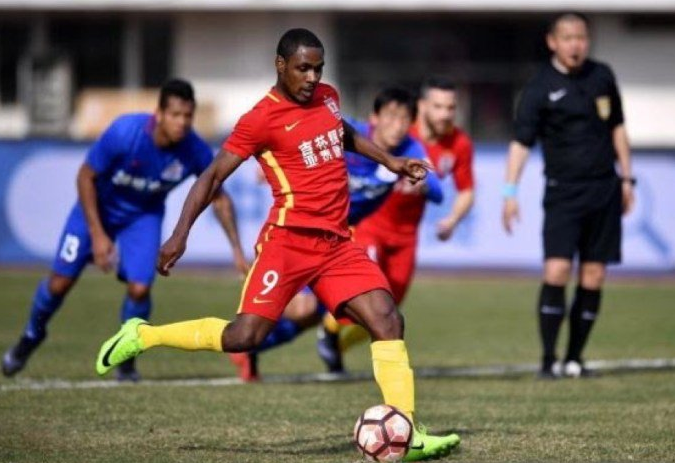 Super Eagles’ striker, Odion Jude Ighalo was the hero for the second consecutive week has his equalizer saved Changchun Yatai from an embarrassing defeat to bottom club Yanbian Funde in the Chinese Super League.

The striker, who grabbed a brace midweek, picked up from were he left off as he showed determination and commitment in the opening minutes of the encounter.

The fomer Granada and Watford striker was frustrated for most of the match by the goal post as he struck the wood work earlier in the first half. However, after 44 minutes Changchun were reduced to 10 men when Ismailov was shown a redcard.

On resumption of the second half, Ighalo’s side fell behind to an impressive strike from Yanbian player Steve, has it became a more difficult task for his team but Ighalo struck the bar again in the 61st minute has the striker looked frustrated for most of the match.

After a host of changes, the Nigerian striker was not to be denied by the goal post  has he scored his 11th goal of the season and 3rd in less than 4 days as Yatai drew level in the 86th minute after an impressive work from the flank by Long tan.