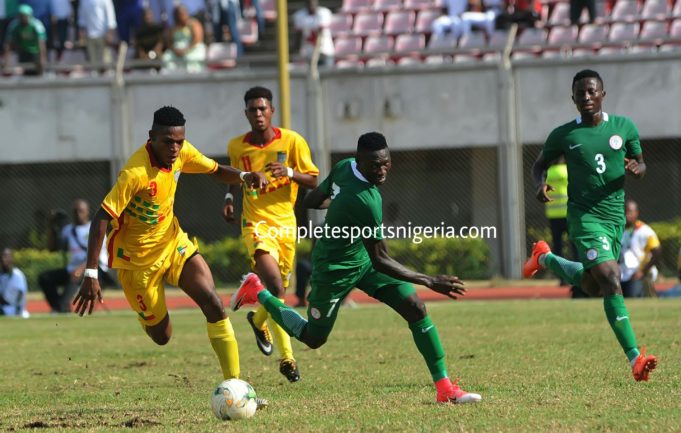 At some point, the overriding narrative was that the Nigeria Professional Football League (NPFL) is the fastest growing league in the world and it was lapped up because there were amplified bits of regular improvements. Normal became extraordinary, ordinary became ground-breaking, teeny-weeny steps forward were hyped as giant strides and here we are still with substantial administrative malaise, miles behind top African leagues and not at all considered for the increase in CAF continental places that was awarded to Egypt and South Africa.

It’s all reality now, the NPFL made a fleetingreturn to the screens in match day 33 with the glam game between MFM FC vs Enyimba, the chosen one after television broadcast had been on a hiatus.

There’s the mindboggling number of refereeing gaffes, assault of officials by unruly fans, unsubstantiated but plausible claims of match-fixing and other squalid issues circling around the NPFL.

The League Management Company have however done their bit by handing fines and bans to defaulters but this is not enough. The league administrators still have loads to do to fix the league but perhaps fittingly, the main protagonists in the NPFL have the opportunity to better the image of the league.

The first step is going past the Squirrels of Benin to berth the CHAN tournament proper, and unsurprisingly, the team faltered in the first of the two-legged qualifying fixture. The match was a reportedly prosaic game fraught with defensive brick walls and sparse craft. Quite the rationale behind dropping the League’s highest goals-scorer, Stephen Odey and the team’s best midfielder, Alhassan Ibrahim, who earned call-ups to the Super Eagles game against South Africa, is befuddling, and it is interesting to note that the thitherto unimaginative game got turned on its head after the pair’s introduction.

Well, the team and the coach got off without much criticism because there was not much spotlight on the select 20. The attention was more towards Jos where another 20+2 jostled for an advantage on their title pursuit. Saturday will be less forgiving if things go wrong at Kano as the team will be bawled out extensively and once, the image of the NPFL will take a huge beating.

The team missed out of the championship in 2009 to Ghana, and in 2011, they lost 2-0 to the less fancied Niger Republic. The Super Eagles have made it to CHAN ever since, earning a bronze medal in 2014 before the group stage loss in 2016.

Salisu Yusuf’s wards will be loath to fail at the qualifying hurdle because it firmly stomps out any chance of extended coverage that the players desire and ends any opportunity to prove that the NPFL is more than a second rate league. In fact, it will altogether confirm that the dire performances of the NPFL clubs in CAF competitions are a pluperfect measure of the league’s failings.

There are no excuses this time as things have been properly set in place for them in the national team, compared to the logistical failures of some of their club sides. Enugu Rangers right-back, Osas Okoro, who scored a goal in the 2016 tournament, would have experienced a marked difference compared to his club side’s neglect of something as basic as feeding in one of their CAF Champions League fixtures.

The team has a lot riding on it, two of the brightest minds (one bright, the other experienced for some) have the chance to forge a formidable team in their image, imprint an identity with the best legs the NPFL can offer. Time and chance has happened unto them.

The ‘local’ coaches could go on to make a resounding statement that they are more than straw men used to make the coaching crew look a tad more Nigerian.

With the league ending September 9th, they have enough time before the CHAN tournament in January 2018 to build cohesion, team play and whip a crack squad, but once again, there’s first business to handle at the Sani Abacha Stadiumon Saturday.