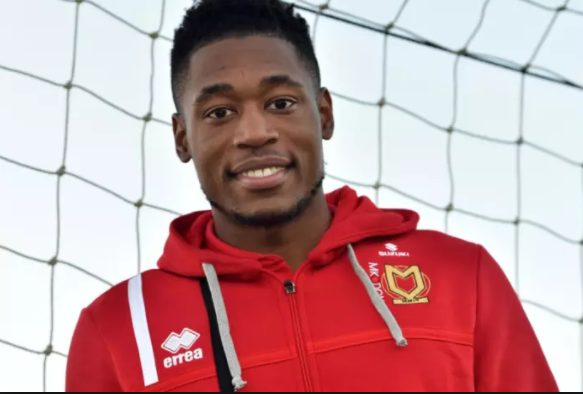 Chuks Aneke has committed his future to MK Dons by penning a new two-year deal, AOIFootball.com can report.
The attacking midfielder, who impressed during his debut campaign at Stadium MK, will remain with the Dons until, at least, June 2019. His original deal was set to expire at the end of the current season.
Aneke joined the club as a free agent last summer and after recovering from a knee injury, established himself as a key member of Robbie Neilson’s squad.
In 12 starts, he scored four goals, including a stunning strike in the 4-0 victory over Peterborough United – a finish which won the Dons’ 2016/17 Goal of the Season Award.
“I’m buzzing to sign. I’ve been here for a year and the support I’ve received from everyone has been top class. I’m excited to be a part of things and see where we can go,” an excited Aneke stated.