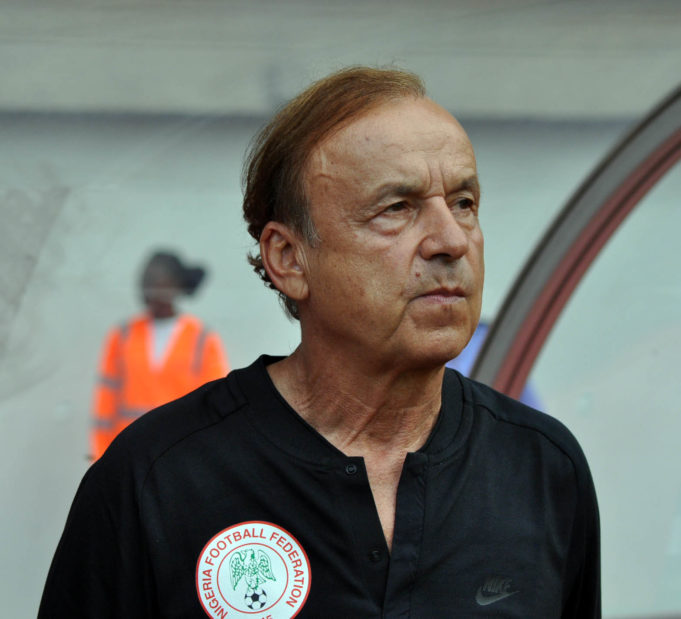 Super Eagles’ German tactician Gernot Rohr has told Nigerians he will decide on the list of invited players for the make or mar World Cup qualifier against Cameroon on Monday.

Rohr made the disclosure while addressing newsmen at the Sani Abacha Stadium, Kano, shortly after the CHAN Eagles beat Benin Republic 2-0 to qualifier for the championship proper in Kenya.

He said: “I will make my list on Monday, I have seen that some players are back now from injury and the team will need their experience.”

When asked what will be the yardstick for the selection of players, the Franco-German said: “The quality of the player, experience and confidence a player can exhibit while in the team will be some of my criteria.”

He further added that some players are doing well in in their clubs and the team needs their confidence and motivation ahead of the game against Cameroon.

Rohr promised Nigerians that the list will be a very interesting one, with players coming back from injury expected to earn a recall back to the national team.

“The team will be much better than the last one against South Africa. I have worked very well on areas the Super Eagles were lacking in the last game,” an optimistic Rohr said.

He also confirmed the arrival of new faces into the national team.

The Super Eagles will take on the Indomitable Lions of Cameroon in a Russia 2018 World Cup qualifier in Uyo on September 1, with the return leg four days later in Yaoundé.