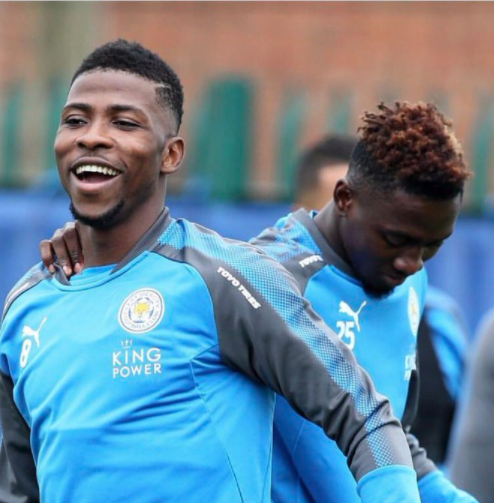 Super Eagles and Leicester City forward, Kelechi Iheanacho is back on his feet after a toe injury ruled him out of last weekend’s English Premier League clash against Brighton Hove & Albion, AOIFootball.com can report.

Iheanacho moved from former champions Manchester City in a 25 million pounds move this summer and has featured just once for the Foxes, a 10-minute cameo role against Arsenal on the league opening day.

The forward however missed out of the second game after he copped an injury during training, but feels well now after announcing he is back via his official Twitter account.

The forward’s return will definitely put a smile on the face of Super Eagles Coach, Gernot Rohr, who is yet to make public his squad for the 2018 FIFA World Cup qualifier against Cameroon in September.