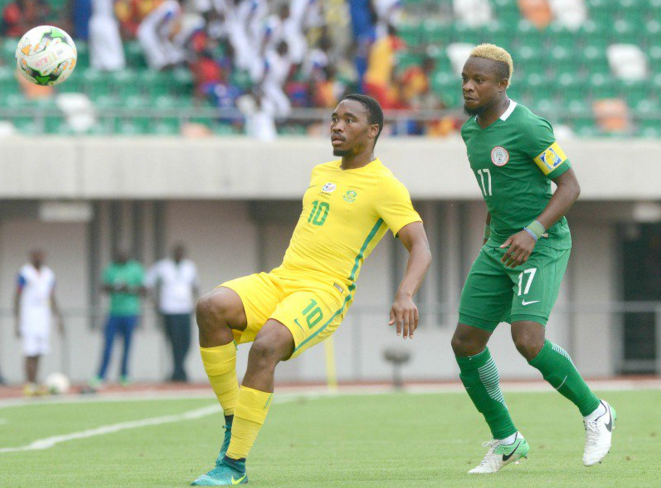 Following his failed move to English Championship side, Birmingham FC, Super Eagles and Trabzonspor of Turkey midfielder, Ogenyi Onazi has said he has pushed aside the disappointment and is focused on the 2018 FIFA World Cup qualifiers against Cameroon in September.

Speaking for the first time after the botched move, the former Lazio man told AOIFootball.com that though it was painful the deal did not eventually see the light of the day, he has moved on and has his mind switched to his Turkish side and the chances of the national team in the games against Cameroon.

“Well, it is part of life. I have moved on and forgotten about the whole issue. Now, it is all about the Super Eagles and qualification to Russia. We must scale Cameroon hurdle by fire by force,” the midfielder said.

The Super Eagles’ list of those invited for the game is expected to be announced by the Nigeria Football Federation this week.